What is blackwater diving?

Most marine creatures begin life in the open ocean and live a pelagic existence before they can fend for themselves and settle down on the reef. Every night, attracted by the moonlight, they rise from the depths to feed in shallower water. Blackwater diving allows us to observe these unique species during night dives that utilize powerful artificial lights, tethered to dedicated mooring lines hanging above very deep waters, with the goal of attracting sea life that’s traveling up the water column to feed.

What will you see?

Planktonic and juvenile sea species appear most frequently during these special dives and will often be in your sphere of light before you notice their presence—think jellyfish, myriads of squid, tiny octopus, wiggly worms, and iridescent salps. You can sometimes see larger pelagic fish on blackwater dives, but most invertebrates, plankton, and fish that you’ll see are much smaller. In their immature stage, the best subjects showcase large eyes, unique appendages, and iridescent hues mimicking dangerous jellyfish to survive the largest animal migration on the planet.

While first-time blackwater divers may initially struggle to identify species, underwater photographers have the added benefit of being able to review photographs after the dive, making comparisons between they captured on film versus established developmental and growth patterns of local species. Blackwater photographers may even end up exchanging information with marine scientists who are eager for more information about these rare sightings. If you are not a photographer, however, there is still so much to see and experience. Divers who enjoy macro or muck diving, with practiced buoyancy and breathing skills, will also find this search for these elusive “baby sea monsters” undeniably alluring.

Hawaii, Florida, and the Philippines have been the hotspots for this developing dive style, but Thailand has recently become a very promising destination for blackwater diving enthusiasts.

Blackwater diving in Thailand first started in Koh Tao a few years ago with Dive4photo’s underwater photography school led by Alex Tyrrell, who had just come back from the Philippines. A second “blackwater diving line” was launched near Pattaya, in the Gulf of Thailand by divers from Bangkok, eager to discover this new way of night diving.

The Similan Islands are a well-known diving destination for macro and pelagic life, but we discovered last season that it also offers spectacular blackwater diving. All the photos from this article were taken in Thailand by Franck Fogarolo, the cruise director onboard The Smiling Seahorse, a liveaboard particularly geared towards underwater photographers. On our first blackwater dives, we encountered a juvenile tripod fish, a deep-sea species we had not seen in the last 10 years of diving local reefs, as well as a juvenile sailfish. This season alone, we spotted dozens of paper nautilus, both males and females, who put on quite a show for our camera.

We have also seen juvenile stages of more common Andaman Sea fish, including gastropods, cephalopods, and crustaceans—some smaller than your fingernail.

The Smiling Seahorse is the first liveaboard in Thailand offering blackwater dives on every cruise to explore the larval and juvenile “little monsters” of the Andaman Sea as well as dedicated blackwater diving cruises with daily blackwater dives. Raja Ampat and the Galapagos probably already appear on your list, but here are five alternative diving bucket list destinations that belong there as well. As Covid restrictions ease, the world’s best dive destinations are accessible once again. Here are our top tips to help you plan a post-Covid dive vacation. 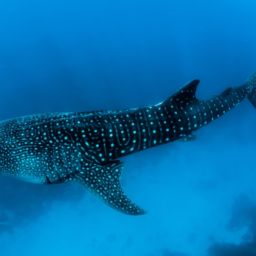 But Isn’t It Dangerous? Risks of Technical Diving

What are the risks of technical diving? Is it really that dangerous for tech divers? Here we’ll take a closer look.