The Galapagos Islands, approximately 600 miles west of Ecuador (1000 km), are on almost every diver’s bucket list. And for good reason — this isolated archipelago is the birthplace of Darwin’s Theory of Evolution, and is home to abundant wildlife both above and below the surface. The best dive sites in the Galapagos Islands offer divers a chance to see some of that abundance — everything from whale sharks to marine iguanas.

The islands are spread out over 17,000 square miles, so it could take a few trips to dive each of our seven chosen sites. Your best bet is a combination of a liveaboard and land-based dive trip. Water temperatures can vary from highs of 79 F (26 C) in the northern islands to lows of 55 to 61 F (12 to 16 C) in the south, depending on the time of year.

There are two main seasons in the Galapagos: whale-shark season and manta season. For whale sharks, time your visit from June through November, when there’s more plankton in the water. Expect water temperatures of 60 to 75 F (15 to 24 C). Multiple encounters with multiple sharks each day are common. Manta season runs roughly from December to May. During this time, you can expect warmer water temperatures, anywhere from 78 to 82 degrees F (26 to 28 C). Lots of other rays appear in large aggregations as well, including schools of mobulas, spotted eagle rays, golden rays, cow-nosed rays, and marble rays. Visibility tends to be the best during this time of year, and there’s also increased hammerhead action.

The northern islands of Darwin and Wolf are accessible only via liveaboard, but the long journey from San Cristobal is well worth it. There are schooling hammerheads present year-round here, but from mid-May to November, you can see whale sharks as well. Currents and surge can be strong at these islands, so carry an ERPB and an audio/visual signaling device.

There’s so much to see, you won’t know where to look at this legendary dive site. You’ll almost certainly spot hammerheads and possibly Galapagos sharks, reef sharks, whale sharks — many of them pregnant females — and turtles. Schools of skipjack and yellowfin tuna, big-eye jacks, mobula rays, and silky sharks are also common.

Wolf Island is the other crown jewel in Galapagos diving. This is the spot for the iconic shot of hundreds of schooling hammerheads. Schools of dolphins are common, as well as Galapagos sharks, silky sharks, turtles, eagle rays, eels, and hundreds of species of schooling fish.

You’ll find an incredible variety of macro life at Cousins Rock, including scorpionfish, seahorses, frogfish, and nudibranchs. Larger life such as playful sea lions, mantas and eagle rays are also common. Cousins is shaped like a volcanic cone so if there is current, usually from the south east, then part of the site is sheltered and the formation of the site makes a great multi-level dive.

There is usually a strong current at Cabo Marshall and visibility can be low at times, as the waters are nutrient-rich from run off Isabela Island. However, this is a great drift/wall dive and, because of the nutrients and current, it’s also a good place to see giant manta rays, mobulas and other pelagics.

Kicker Rock in the background of sleeping sea lions

Located between Baltra and North Seymour, this sand bar/island has medium to strong currents and makes a good multi-level/drift dive. At this site, you can see schools of amberjacks, stingrays, whitetip reef sharks. Sea lions and green turtles are common as well. Many of the day boats will moor on the inside of Mosquera for the surface interval (before diving North Seymour close by), where you can see the colony of sea lions playing on the beautiful white sand of Mosquera.

Gordon Rocks is one of the most famous southern island dive sites, with a well-deserved reputation for excellence. This deep dive off the east coast of Santa Cruz is best suited to experienced/advanced divers. At times, the strong surge in the shallows may necessitate staying below 40 feet (12 m). An underwater volcanic crater, you can dive Gordon Rocks on the outside walls or inside the crater area. You can see hammerhead sharks, rays, sea turtles and sea lions, with frequent pelagic sightings on the outside of the walls. Due to the surge/currents, entries and exits can be challenging.

Kicker Rock is located on the west side of San Cristobal, and is one of the most popular dives for land-based operations on the island. It’s a great place to watch pelagics, schooling fish, octopus, and invertebrates. The current is usually light to moderate and it makes a great drift dive along the wall.

To visit each of these sites requires a combination of a liveaboard and day-boat diving with operators that might be on different islands. If that’s not possible, a liveaboard is your best bet for the most diversity — and then you’ll have an excuse to return to see all the sites you missed the first time around. 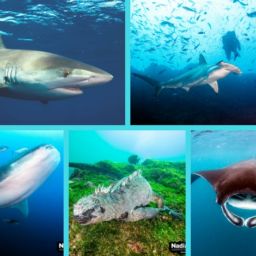 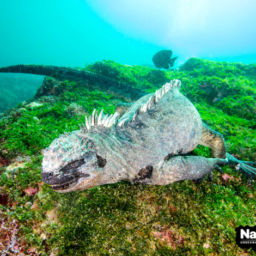