While known for a wild and dramatic terrestrial landscape, New Zealand is also home to 36 marine reserves and a spectacular array of dive sites. With accessible coastlines and hundreds of offshore islands, the best dive sites in New Zealand offer divers wrecks, subtropical reefs and kelp forests, to name just a few options. With 26 ray species and 113 shark species recorded in New Zealand’s waters, you’re likely to see some of these favorites as well.

There’s so much to see, in fact, that we had to divide the best dive sites in New Zealand into two distinct regions, the North and South Islands. Each island offers sites to suit all dive preferences and abilities. Here’s a sampling of our North Island favorites. Where is it: Matauri Bay, the Bay of Islands

What makes it special: French foreign intelligence sank the Rainbow Warrior, the flagship vessel for Greenpeace, in 1985 while it was docked at the Auckland waterfront. The subsequent explosions resulted in the death of Fernando Pereira, a Portuguese-Dutch photographer. He had returned to the ship to gather his camera equipment after the first blast. After authorities refloated the ship for forensic examinations, it was relocated to Matauri Bay and scuttled as an artificial reef. It’s a popular wreck dive, offering colorful jewel anemones, John Dory, kingfish, moray eels and crayfish.

Details: The wreck lies at a maximum depth of about 88 feet (27 m) and is approximately 130 feet (40 m) long. The currents are mild and visibility is good from February through June. This dive is suitable for advanced open-water divers or equivalent. Water temperatures range from 59 F (15 C) in winter up to 72 F (22 C) in late summer. Divers will want at least 5 mm of exposure protection for the summer. Winter calls for at least 7-8 mm and a hood. As with any wreck dive, we recommend carrying a torch and dive knife.

When to go: February through June for good visibility and warmer water Where are they: Tutukaka in the Northland is the gateway to the Poor Knights Islands.

What makes them special: Jacques Cousteau once said that the Poor Knight Islands Marine Reserve was one of the world’s top five dive sites. These islands lie 14 miles (23 km) off the Tutukaka coast and offer spectacular dives with abundant and colorful marine life. Divers will see plentiful nudibranchs, large shoals of pelagic fish, archways, caves, kelp forests and annual visitors including stingrays and sharks. The islands also offer fantastic snorkeling opportunities for non-divers, making a day trip to the Poor Knights suitable for the whole family.

Details: Multiple dive sites at different depths are suitable for both novice and experienced divers. Water temperatures are similar to the Bay of Islands (see above), and divers should plan for at least 5 mm of exposure protection when waters are warmest.

When to go: Summer offers warmer water but the possibility of reduced visibility when compared to winter diving. It is possible to dive with large numbers of stingrays in late summer as they gather to mate in the area. Diving is possible year-round.

Where are they: Coromandel Peninsula

What makes them special: Remnants of a volcanic complex, the Aldermen Islands lie to the southeast of Mercury Bay. These rocky islands offer tunnels, pinnacles and a variety of pelagic species, including huge schools of mackerel. The dives are colorful and similar in nature to the Poor Knights, making the islands one of New Zealand’s top dive destinations. The nearby Mercury Islands offer moray eels, crayfish, abundant nudibranchs and stunning above-water scenery of white, sandy bays and rugged coastline.

Details: There are many dive sites at different depths, making these islands suitable for both novice and experienced divers. Water temperatures range from approximately 57 F (14 C) in winter to 70 F (21 C) in late summer. You’ll want at least a 5 mm wetsuit in the summer, and a 7 mm or more in the winter, depending on your cold tolerance.

When to go: There’s diving year-round. Summer offers the best water temperature and climate for exploring the popular coastline during dry days. Where is it: Just north of Leigh

What makes it special: Goat Island is New Zealand’s first marine reserve and is easily accessible from Auckland. The reserve offers goatfish, snappers, abundant schooling fish, and the opportunity to see octopuses, eagle rays and stingrays. There are cliff-side and kelp forest dives, as well as swim-throughs and reefs.

Details: Dive depths vary, and tides and currents will affect the accessibility of some sites. The marine reserve offers diving for all abilities, as well as snorkeling. The water temperature is similar to that of the Coromandel Peninsula (see above), so pack a 5 to 7 mm wetsuit.

When to go: Year-round 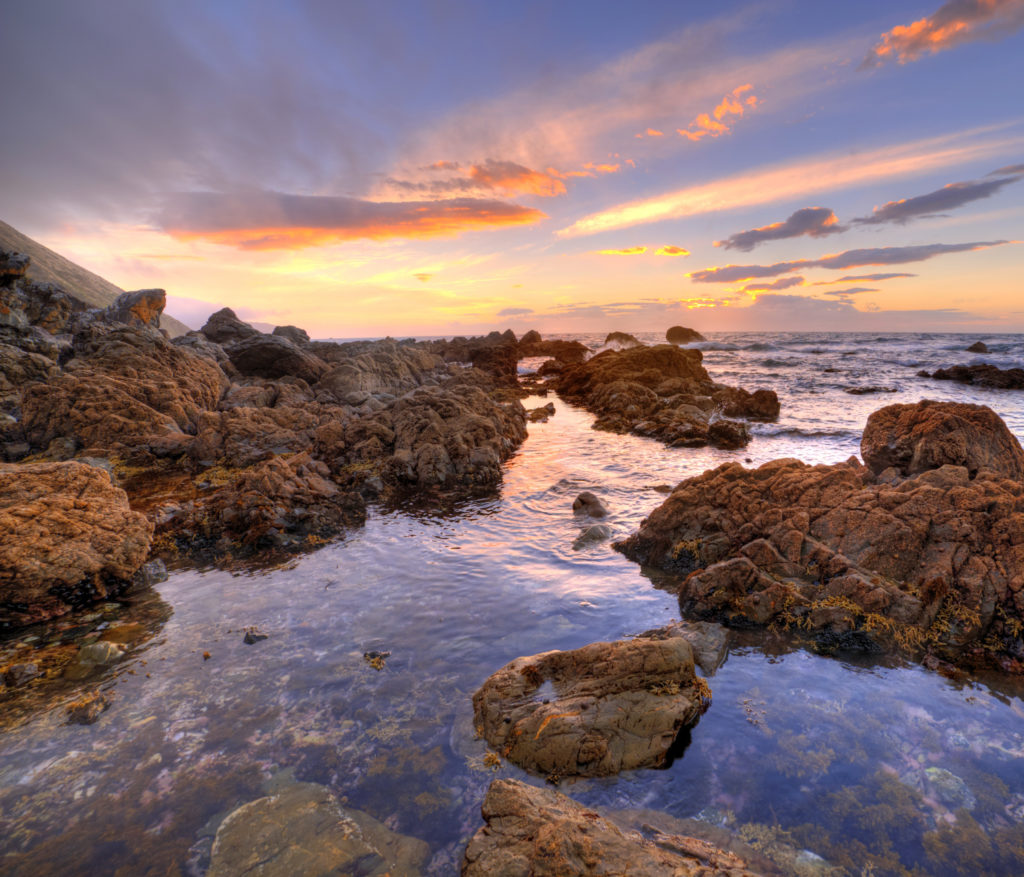 Where is it: Wellington and Kapiti Coast

What makes it special: The coastline surrounding Wellington, the capital of New Zealand, offers an interesting variety of dive sites. These include shore dives, multiple shipwrecks and the Taputeranga Marine Reserve. Whitireia Park and Titahi Bay offer dives for novices, with stingrays and seahorses to be found at just 10 feet (3 m). Wellington Harbor is known for seahorses, pipefish, starfish and schools of wrasse and the opportunity to try night diving.

Details: Dive sites suitable for all abilities sit on the doorstep of this vibrant city. Weather can be variable, however, so local knowledge is an absolute must. Water temperatures range from 50 F (10 C) in winter to 62 F (17 C) in summer, and you’ll want at least a 7 mm wetsuit.

When to go: January through June