After a protracted legal battle, a federal appeals court in San Francisco has ruled that the low-frequency active sonar used by the U.S. Navy constitutes a violation of the Marine Mammal Protection Act.

In 2012, the National Marine Fisheries Service (NMFS) granted permission for the Navy to use low-frequency active sonar as part of its peacetime training and testing activities. Valid for a period of five years, the NMFS approval applied to Navy sonar exercises in the Indian, Pacific and Atlantic Oceans, as well as the Mediterranean Sea. In the same year, environmental groups led by the Natural Resources Defense Council (NRDC) filed a counter-suit. They claimed that the approval put vulnerable cetacean and pinniped species at risk and did not fulfill the terms of the Marine Mammal Protection Act. 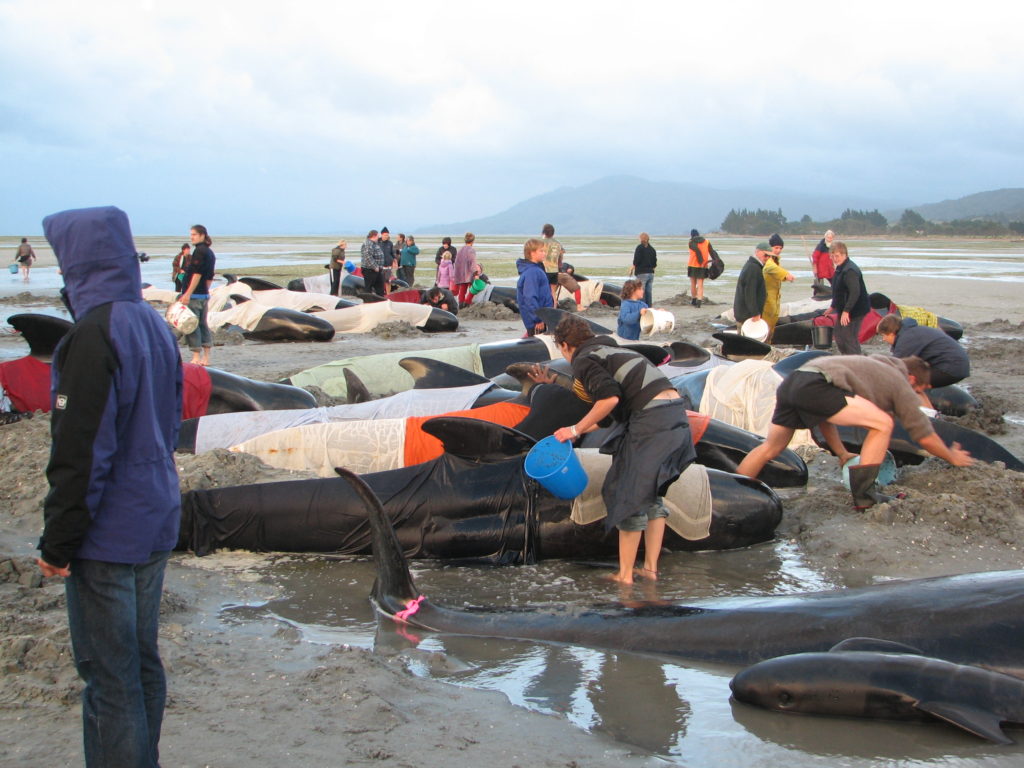 A Win for Whales

On July 15th, California’s Ninth U.S. Circuit Court of Appeals ruled in favor of the environmentalists. The Marine Mammal Protection Act states that peacetime oceanic programs must have “the least practicable adverse impact on marine mammals.”

The court unanimously agreed that the approval had failed to uphold this stipulation. The court did not place the blame on the U.S. Navy, however, which it stated “has been deliberate and thoughtful in its plans to follow NMFS guidelines and limit unnecessary harassment and harm to marine mammals.”

Instead, the court pointed the finger at NMFS. The original NMFS approval required the Navy to cease sonar use when it detected a marine mammal nearby. It also banned sonar pulses near coastlines and in protected waters. However, the court ruled that the areas classified as “protected” by the NMFS were inadequate. In reality, these did very little to shield vulnerable marine mammals from sonar-generated sound waves capable of reaching 235 decibels. To put that into perspective, the sound of a 12-gauge shotgun being fired is 165 decibels, while the average rock concert reaches just 115 decibels.

Underwater, sonar sound waves can travel for hundreds of miles. There are sonar waves in approximately 70 percent of the world’s oceans. They can measure up to 140 decibels at a distance of 300 miles from their original source. Scientists think that this noise pollution causes severe stress for marine mammals by interfering with their echolocation and communication systems. This forces them to alter their feeding and mating behavior. According to NRDC’s Marine Mammal Protection Project Director Michael Jasny, “marine mammal species perceive these [sonar] sounds as a threat and react accordingly.”

Evidence has linked Navy sonar exercises to several mass strandings, including the 2002 stranding of 14 whales in the Canary Islands. Autopsies showed that the whales had gas bubbles in their tissues. This lead some to hypothesize that sonar may cause decompression sickness in cetaceans. At this point, it is not clear what the court’s ruling means for the future of U.S. Navy low-frequency active sonar. The case has returned to the district court for further consideration. Conservationists hope that marine-mammal protection and national defense can soon co-exist.