If you’re looking for an off-the-radar destination, consider Brunei. This tiny country on Borneo has much to offer underwater — here's some of the best scuba diving in Brunei.

If you’re looking for a truly unique dive destination, you might consider Brunei. With the largest oil fields and natural gas reserves in Southeast Asia, this tiny sultanate on the north coast of Borneo is also quite wealthy. Here’s an introduction on what to expect both topside and when it comes to the best scuba diving in Brunei.

Brunei is a tiny a country on the island of Borneo, divided into two distinct sections. It’s entirely surrounded by Malaysia and sits on the South China Sea. It is easily accessible by plane, with many direct flights from neighboring countries such as Singapore, Malaysia, Indonesia and the Philippines. Brunei is best-known for stunning beaches and protected rainforests and reserves. An extremely wealthy sultanate rules Brunei, and the country follows strict Muslim rules.  So, if you’re hoping for an after-dive beer in a beach bar, you’ll be disappointed. There’s no smoking allowed in the country either. Setting these quirks aside, you’ll find the best dive sites in Brunei to be well worth the trip.

With over 60 dive sites to choose from — many completely secluded and untouched — your group will often be alone on the reef. You can dive year-round in Brunei, with the dry season between March and October and the best visibility during May and June, often topping 100 feet (30 m). Water temperatures average from 77 to 86 F (25 to 30 C).

So, what is there to see?  Brunei appeals to two very different types of divers — the macro enthusiast and the adventurous wreck diver. Brunei’s reefs and corals are teeming with small life, a macro photographer’s dream.  And there are more than 30 shipwrecks to choose from, representing different eras and ranging in depth from 46 to 230 feet (14 m to 70 m). With that said, here are our picks for the top five dive sites in Brunei.

Where is it: About 15 minutes by boat from the main harbor in Muara. All dive boats leave from this spot.

Details: Abana Reef is one of the most popular dive sites in Brunei. It starts at only 29 feet (9 m) and slopes down to a maximum of 79 feet (24 m). With warm waters and visibility of up to 65 feet (20 m), it is perfect for beginners or advanced divers. There can be strong surface currents, but your dive guide and boat crew will be able to assist should there be currents on your dive. Try Poni Divers, which has some of the most-experienced dive operators, a highly-trained staff and well-equipped boats.

What makes it special: Abana Reef is large and features a vast array of coral and marine life. It evokes an underwater garden, with vibrantly colored soft and hard corals and whip corals. Look closely to spot rare macro critters, such as whip-coral crabs, harlequin shrimp and several species of cowry. Venture off the edge of the reef into the whip-coral field across the sand and you’ll soon come across a group of seahorses as well.

The small but beautiful Pelong Island is 20 minutes by boat out of Muara harbor.

Details: This dive site is best for novice divers or even snorkelers. It is a very shallow dive site, ranging from three feet (1 m) to a maximum of 59 feet (18 m). Again, like most Brunei dive sites, you’ll find warm water, good visibility and very little to no current. The best way to enter this dive site is to moor the boat further from the island on the sand banks and then swim to the reef. This way beginners can adjust their buoyancy first and then enjoy the reef. The reef surrounds the island, so you can choose from several sites.

What makes it special: Pelong Island is in a protected area. No one can visit the island, so you cannot moor there or set foot on the land. This means it’s a sanctuary not only for the coral and marine life but also for the birds and sea birds. Underwater, a vast array of hard corals make up the reef. You’ll see plenty of small reef fish alongside moray eels, stonefish and pipefish.

Where is it: The Australian wreck is about 25 minutes by boat from Muara harbor and only 10 minutes from Abana Reef.

What makes it special: The Australian wreck is remarkably intact and offers great penetration options. Its history is compelling as well. Theories posited that the wreck was either originally an Australian ship or a Japanese ship, sunk by an Australian torpedo. Although both theories ultimately proved incorrect, the name has stuck. The ship was originally a Dutch passenger and cargo ship called S.S De Klerk and built in 1909.

The Dutch Navy scuttled the ship in 1942 to prevent Japanese forces from capturing it. The Japanese, however, refloated the ship and renamed it the Imbari Maru. In 1944, while sailing between Singapore and Manila, it struck a Japanese mine and sank while carrying cargo of slave labor. All 339 captives were lost as they were chained in the cargo holds below and unable to escape. The ship is thusly treated as a war grave and visiting divers can still see human remains and shackles. Since it’s mostly intact, you can still see the bathrooms and the tiled floors glistening white in the dark depths. With such a ghastly past, colder waters and slightly poorer visibility, it’s no wonder so many divers have claimed to have supernatural experiences and encounters.

Where is it: The American Wreck is a 5-minute boat journey from Australian Wreck, which makes for a perfect two-dive combination.

Details: The American wreck, or USS Salute (AM-294), is a World War II minesweeper. It lies between 72 and 105 feet (22 and 32 m), making it an ideal wreck for the advanced diver. The temperature ranges from 75 to 82 F (24 to 28 C), with the visibility reaching up to 50 feet (15 m). There’s lots of marine life here; as you descend you’ll see schools of trevallies and fusiliers. A school of juvenile barracuda hangs just off the descent line. The ship has broken in half and then folded in on itself, which makes it an intriguing exploration. You’ll definitely want more than one dive here.

What makes it special: Built in 1942 and launched in 1943, the ship functioned as a minesweeper and was received five battle stars for its part in World War II. In June 1945, it struck a mine during a pre-invasion sweep of the Brunei Bay with nine lives subsequently lost. As it sank it broke in half and folded in on itself as mentioned. The wreckage is still mainly intact, however, and lots of war artifacts litter the site. As you reach the end of the descent line, you will discover numerous rounds of ammunition.

Location: The oil rig wreck is about 30 minutes by boat out of Muara harbor, just west of Pelong Island.

Details: The oil rig wreck is comprised of nine structures spread over 1,000 square feet (100 square meters). The site goes from 23 to 62 feet (7 to 19 m) making it another ideal spot for beginners. Water temperatures top out around 82 F (28 C) and visibility can reach 80 feet (25 m). The wreck, designed as an artificial reef, holds numerous types of hard and soft coral. You’ll see numerous types of hard and soft coral as the wreck is designed as an artificial reef structure. Schools of barracuda and trevallies, nudibranchs and whip-coral crabs are also abundant.

What makes it special: The oil rig wreck is one of the first sites in Brunei’s “Rigs to Reefs” program, and it’s one of the first in Asia.  Some of the first platforms were decommissioned in 1988 with additions in 1994. This site is also ideal for photographers as it offers stunning wide-angle shots of the rig and schooling fish. Macro photographers will appreciate the up-close shots of nudibranchs and tiny cowries. This site is a perfect example of the Brunei government and dive industries’ commitment to protecting their oceans and marine life. Borneo From Below Episode 13: Turtle Rodeo

Dr. Pilcher uses a technique known as ‘turtle wrangling’ to help save turtle populations around Asia. Borneo from Below: Ep 10: Cute Sharks On The Hook

In Episode 10 of Borneo From Below, Bertie takes a look at what makes catsharks so interesting and investigates some of the threats it faces. Borneo From Below Episode 9: Photographing a Freak of Nature

Painted, clown, freckled and hairy, frogfish are some of the weirdest animals found in our oceans. Giant mantis shrimp’s journey from the burrow to the bowl. Borneo from Below Episode 8: Eggstravaganza

Near Sipadan lies one of the most productive turtle-nesting areas in the world. Borneo from Below Episode 7 : The Most Unique Dive Resort on Earth

Off the coast of Borneo, close to Sipadan Island, lies Seaventures. In Episode 7 of Borneo From Below, presenter Bertie takes you on a tour of this unique dive rig. 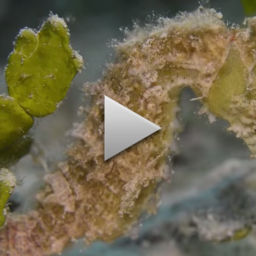 Borneo From Below Episode 6: Crazy Critters in the Muck

Think diving is all about big schools of fish and coral reefs? Think again Borneo From Below Episode 5: Snakes on a Jetty

Watch Scubazoo’s presenter Bertie going to extreme lengths to photograph one of the most venomous creatures in the ocean, banded sea snakes

Borneo from Below, Episode 1: Landing in Borneo

Viewers are introduced to the area’s world-class dive spots, including Sipadan island