Shark Week is coming up again, and although it's gotten better, too often sharks are portrayed as mindless killers. But in reality, people kill sharks - not the other way around.

For many non-divers, sharks are the stuff of nightmares: torpedo-shaped monsters, made up entirely of teeth, muscle and malevolence. As most divers know, however, sharks don’t kill people — people kill sharks. For us, seeing sharks underwater is a thrilling and coveted encounter, and many of us travel thousands of miles for the chance to spot rare species.

How often do sharks attack?

The frequency of shark attacks holds fairly steady, and hovers around 100 attacks per year. Around 10 of these is fatal. While each attack is scary, and each fatality a tragedy, we must note the proportions of shark attacks on humans versus the number of sharks killed by humans each year. Humans killed some 97 million sharks in 2010 through fishing and accidental deaths (such as smaller sharks becoming entangled in fishing nets or similar). This was down slightly from around 100,000,000 in 2000,  according to research done by Dalhousie University in Halifax, Nova Scotia, Canada. 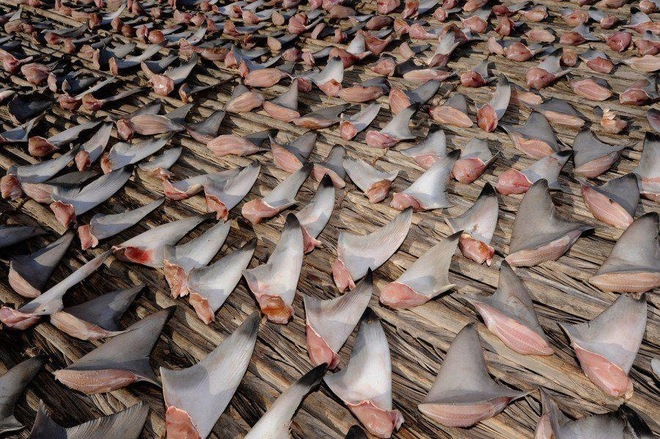 Aside from our misguided fear of the species in general, the major threat to many specific shark species is shark finning. The brutal practice stems from the demand for shark fins for soup and as aphrodisiacs in Asia. Fishermen catch sharks and cut off their dorsal and pectoral fins, throwing the live animal back into the ocean where it will sink to the bottom. It will either bleed out or drown, as it cannot swim without its fins. Finning is all the more frivolous since shark fins are made up entirely of cartilage, and contain no nutritional value.

Pressure from various organizations has in recent years pushed a number of nations to pass laws prohibiting shark finning; in June 2013, Brunei became the first Asian nation to do so. The U.S. was one of the first, passing a law in 2000 prohibiting shark finning on all vessels within United States waters, and on any vessel registered within the U.S., even when outside of territorial waters. Palau was the first create a shark sanctuary in 2009. The EU has also passed legislation on shark finning, covering all member nations. Though legislation is crucial, cultural perception of sharks is just as important. In 2010, a series of shark attacks in Egypt’s Red Sea caused two fatalities. The response from the authorities was as swift as it was misguided. Fishermen conducted a thorough hunt for the “guilty” shark, killing many that had nothing to do with the incidents.

We need, in addition to legislation on shark finning, a change in both our perception of sharks as man-eaters, and a (hopefully) building public distaste for the brutal practice. As large predators, sharks do pose a risk to humans. But it is no different than the risk posed by terrestrial predators. Educating the public on shark behavior would go a long way in protecting humans against sharks.

People have a deeply embedded fear of sharks, and it resurfaces when news of an attack hits the media. And while we should not be insensitive to the personal tragedy that follows shark attacks, we must regain perspective. Sharks need our protection now more than ever. As divers, we are in a unique position to advocate for the species and educate our non-diving friends on the real risks posed by sharks rather than the ones showcased in fiction and in programming like Shark Week.