Ocean Cleanup May Be Underway in 2016

In 2014, a number of media outlets reported on a fantastic — if somewhat improbable — invention by then 19-year-old Dutch man Boyan Slat, intended address the plastic debris problem choking world’s oceans. The invention was basically a large, floating dustpan, which Slat envisioned sailing the oceans, scooping up the ocean debris in its path. 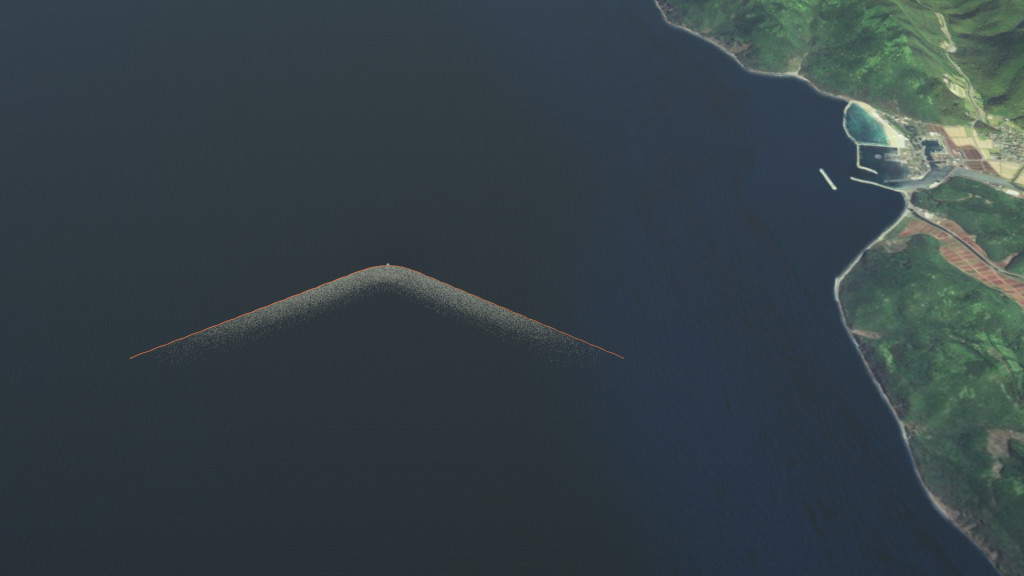 The idea caused plenty of raised eyebrows and skepticism when it first appeared, but now, after a yearlong feasibility study, it seems the “Ocean Cleanup Array,” as named by Slat, may actually work. Now 20, Slat recently announced that his invention will launch in 2016.

When you examine the project’s details, the idea becomes no less fantastic, but does become a little less improbable. The Array is made up of a series of floating booms, forming a large semi-crescent. The water currents will drive the plastic and other floating debris towards the center of the structure, where it can be collected and removed, either for disposal or to be recycled or up-cycled.

Since the system will be removing items from the ocean, the risk of bycatch must be considered. As this system consists of booms — rather than nets as other, similar proposals — the risk of animal entrapment is very low. Most animals could simply swim beneath the booms. Surface-drifting jellyfish would be unable to do so but, by and large, this is a much less invasive option that other suggested cleanup solutions.

Slat has founded The Ocean Cleanup, and is currently working with local authorities to set up the system off the island of Tsushima, located between Japan and South Korea. Here, the structure will collect plastic debris as it passes through the waters coming toward the island. The aim is to run the system for two years and remove tons of plastic debris in the process. The Ocean Cleanup states on its website that the company considers this not only an attempt to fully clean up the waters near Tsushima, but also a way of testing the full-scale system, and step toward their ultimate goal of cleaning up the infamous Great Pacific Garbage Patch. An earlier company estimate concluded that a 62-mile stationary cleanup structure located in the right position near the Great Pacific Garbage Patch would be able to clean up 42 percent — or some estimated 70,000 tons — of plastic.

Plastic garbage and debris, global warming and over-fishing represent the major threats to our oceans. If system such as Blat’s proves effective, they could represent a major step forward when it comes to handling this challenge.