With winter upon us, many divers are planning for a tropical dive vacation to get away from the chilly weather. Instead, why not take advantage of the colder weather and explore the possibilities of ice diving? Simply the phrase “ice diving” sends shivers down many divers’ spines. But this unique habitat means you can spot marine life you won’t see anywhere else. And, with the right equipment, braving the ice doesn’t have to be uncomfortable. There are great ice-diving sites on several continents, including North America, Central and Northern Europe and Antarctica. Here are our picks for the five top spots for ice diving.

Just east of the Russian border with Finland in the region of Karelia, this is one of the world’s few places to offer guaranteed ice diving in February and March. Beyond offering over around 165 feet (50+ m) of visibility, there is plenty to see. Common sights include translucent, glowing jellyfish, soft coral, starfish, anemones and fish species such as catfish. The star of the show, however, is a mollusk named the sea angel. Macro fans will enjoy plenty of nudibranchs, as well as different species of zooplankton.

Two dive centers cater to area divers, and while those from outside Russia must allow a bit of time to organize permits for the area, it’s well worth it. Divers stay in traditional cabins and take their meals in Karelia.

Ice may not cover the Great Lakes every year, but they are the perfect training ground for budding ice divers when it does. Plenty of dive shops offer training and support to divers looking to try diving in colder waters. And, you can combine ice diving with wreck diving — what’s not to like?

The best time to come here for ice diving is usually later in February or March, when the lakes have had plenty of time to freeze over. Training often happens in nearby quarries, some of which have deliberately sunken wrecks for divers to explore. There are plenty of well-preserved freshwater wrecks in Hudson Bay and Lake Huron. These are best for experienced cold water/ice divers. The lake was the last body of water ships crossed on their way to Tobermory, now dubbed Canada’s scuba-diving capital. There are 22 shipwrecks here and while summer is the busiest time of the year, the lake remains accessible from the shore in winter.

Divers are rewarded for braving the cold with incredible visibility and can often spot shipwrecks from the surface. They lie in depths ranging from 10 to 130 feet (3 to over 40 m) offering great dives for many levels of diver.

You might have considered skiing in Switzerland, but how about diving? The southern Swiss region of Ticino is home to well-known summer destinations like Lago Maggiore, but higher up the mountains are Lakes Sassolo and Naret. With their surreal, submerged icebergs, both have provided the scene for some of the world’s most iconic ice-diving photographs.

Water temperatures here remain around freezing year-round and drop well below in winter. Diving is only truly feasible in summer, which has more to do with passable access roads than water conditions. The diving here is about as challenging as it comes, combining two overhead environments — cave-like structures and ice — with altitude higher than 6,500 feet (2,000 m) and drysuit diving as well.

While there are no dive centers near the lakes and diving here is strictly expedition-style, Tauchsport Kaeser in the Swiss cities of Bern and Zurich can help with training and local knowledge.

One for the early birds, Summit Lake usually freezes over as early as October, and the ice remains solid throughout May. Another altitude-diving destination, the lake requires that divers are well-versed in both cold-water and altitude-diving procedures.

The reward is diving in waters brighter than most other ice-diving destinations, as the lake usually forms a transparent ice cover rather than the more common opaque layer. The best conditions occur in April, when the water is clear and the days are longer.

If they enjoy outdoor activities, Summit Lake is also a good place to take your non-diving friends for bear-watching or a sled-dog tour.

Big-animal ice-diving in Antarctica is not for the faint-hearted. Six species of seals live here: Ross, Weddell, crabeater, leopard, fur and elephant seals. Depending on species, they’ll eat fish, squid, or the waters’ abundant krill. Penguins will often dive-bomb right into the water as well, right between divers.

There are two ways to dive here. Divers can stay above the ice shelf, enjoying the view by going around icebergs and the continent itself, where ice and sea meet. Cavernous structures are ideal for exploration. Alternately, those looking for an overhead-environment experience can dive under the ice shelf. During surface intervals, it’s not uncommon to see whales, often more than one species, including humpbacks, minkes and southern right whales.

Anyone considering Antarctic diving must have drysuit and ice-diving training. It’s largely expedition-style diving, with logistics organized specifically for each individual trip. 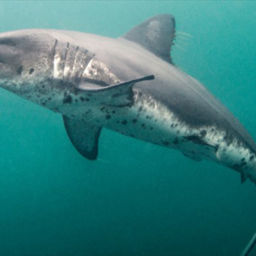 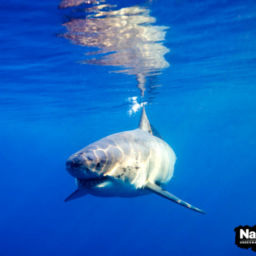